Video game series are fun and interesting and if they keep delivering and fans keep playing them then the developers and publishers will always have a reason to come back to the series. Things like Assassin’s Creed and Mass Effect, Dragon Age and the Witcher come to mind, yet they are very, very new and young compared to other series which have been here for more than 40 years.

Yes, 40 years for some of them. Here is a list of the oldest, still running video game series. 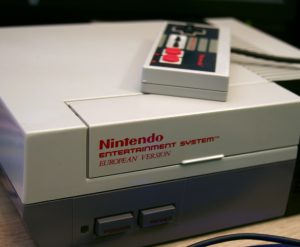 This game took people like a storm in 1992 when it first was released. Not only was it a great game at the time, it was also the first 3D shooter, ever. It is a first person shooter game which pits you against Nazis. Id Software is the game’s developer, responsible for many a great game during their time. They invented Doom and Quake, which speaks volumes about their reputation.

What speaks even more are their newer games, specifically Doom from 2016 and Wolfenstein II: The New Colossus from 2017 pit them as a developer who makes some of the best optimized games, period. They also made Commander Keen games, which is a plus in itself.

Everyone knows some game from Square Enix’s long franchise. Everyone has a favorite and will bicker endlessly which one is better or which one has better characters or better music. The series started out in 1987 and still keep delivering a great RPG experience with loads of fun and amazing storytelling and music.

The Legend of Zelda 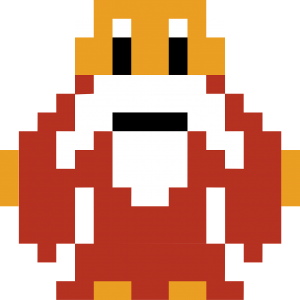 Zelda is one of those games which is as iconic as it can get. It was there before Final Fantasy and has its own roots, fanbase and devoted followers and developers. Some parts of the game, like the triforce have made it into other games, specifically League of Legends which has an item named Trinity Force.

Other than that, you should know of Link, the series’ protagonist, princess Zelda, the canonical damsel in distress and Ganon, the antagonist. Other than that, every game is a story for itself and if you like RPGs, then you should check out this classic.

Everybody knows what Pacman is and everybody has played some iteration of the game. The smiling yellow head moves throughout a maze, running away from colorful ghosts while eating dots. You need to eat all the dots and move on to the next level. The ghosts get faster, the levels harder.

Throughout the years, there have been many versions of Pac-Man yet people still return to the classic. It was the highest selling cabinet game, selling over 400000 cabinets in 10 years. It was released in 1980 for the first time.

Mario isn’t older than Pac-Man, but is as important as it is a face of a company, namely Nintendo. Originally, he was a carpenter in a Donkey Kong game, the one from 1981. in 1983, he changed professions to a plumber and that’s where his story started to take off. 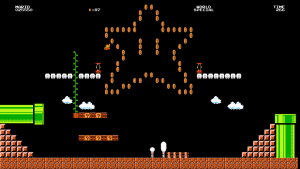 This game was released in 1978. It was a year that followed the release of the first Star Wars movie. It was the year that video games started changing the world. You need to fend off your attackers with a tank, a bunch of aliens coming for your world. They cannot land. Shoot, shoot a lot.

40 years later, it has seen various remakes and reinventions and still stands as a classic game, a genre in itself.

These are the oldest running game series, at least the fun ones.