Following the many Spider-Man games which were either complete flops or a partial success never to be heard from again. This Spider-Man game seems to do everything right, from the character to the gameplay with an interesting enough story to keep you motivated throughout the game.

Some Spider-Man games had just the mechanics but that is not the case with this game. This one has everything a game should have, as is noted by many other positive reviews. Let’s dive a bit deeper.

Insomniac – The New Developers on the Block (in the Marvel Universe)

Insomniac already brought us some remarkable titles such as Spyro the dragon and the Ratchet & Clank series. This was their first game in the Marvel Universe and is a good one at that. The game is a PS4 exclusive title which makes it a bit difficult for Spider-Man fans who do not own the device. With this title, they might even make more Marvel video games, judging by the game’s positive receptions. That, however, falls under speculation. 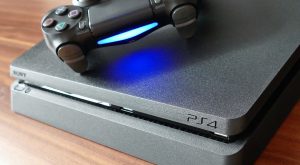 Focusing on the concrete details, Spider-Man’s gameplay never ceases to amaze, especially when done well. The physics of the game are great and buttery smooth. You will need some time to get used to piloting your friendly neighborhood web slinger around, yet you once you do, you will be jumping around New York without a second thought. Sometimes you can just get lost in the aspects of exploration and fail to realize you haven’t done a mission in hours.

While you also have rooftops available to you, you can also go indoors, where many stealth missions take you. Spider-Man has an arsenal of gadgets and fighting moves up his belt so you will never be left without options to tackle an enemy, from lowly thugs to bosses. Move quietly or punch your way through a building, it’s your choice.

The game sees a very experience Spider-Man, 8 years in the business of being a superhero. That does not mean an old Spidey, but one fresh out of college, 23 years old. An assistant to Dr. Otto Octavius, Peter wants to perfect robotics research. We all know how that turns out. Meanwhile, Wilson Fisk, otherwise known as the Kingpin, is arrested and things get messy without the snake’s head. Peter has his work cut out for him, and that’s without mentioning personal relationships.

All in all, this game has everything you want from a Spider-Man game. A young, yet older, experienced Spidey battling out various villains and crime in New York. Romantic subplots and great, smooth gameplay and visuals. It’s a very good game and for any Spidey fan, a must have.