On more than one occasion, usually after a few brewskies, my friends and I would sit around criticizing certain games. Sometimes we complain about the nerfs and other changes to MOBAs, other times that a character in a fighting game is overpowered – the usual.

As a result of such discussions, we would often take it upon ourselves to come up with a game of our own. Being as (in)consistent as we are, the plans would inevitably fall through. However, for those of you with a penchant for creating new things, here is a step-by-step process of making a game. 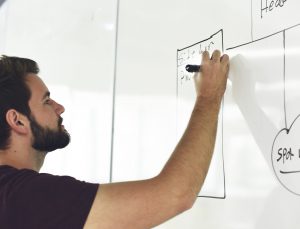 We begin with planning. This is the first stage of the creation process. You need to be able to explain in brief what your game is all about. Is it an action game, a puzzle game, a visual novel? Does it have a story, and, if so, does the story have a happy ending?

After you have your original concept, dive into details. Design the mechanics. If your game is an RPG, for example, you have to have inventory (or maybe you don’t – just look at Magicka). If it’s a fighting game, where will the hit boxes be located? How much damage percentage-wise will each strike do?

Then, there’s the prototype. Not a real one, obviously. However, there should be a few elements to start with. Make a character move. Show a move-set. Create a working puzzle.

For the creation of the game, you will need designers, people who will create the characters, as well as the background per the original idea. You will also need artists (What will the characters and the setting look like?), as well as programmers. You know, those guys we usually complain about. 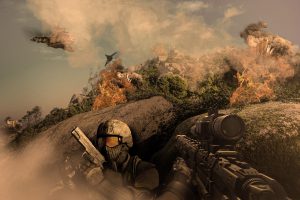 The game needs to be tested constantly, and all of its issues either addressed, or circumvented. Some big companies might get away with shipping an incomplete game, but until you are a name brand, your quality will have to be impeccable.

Set milestones for yourself and your team. It is also a good idea to come up with some calculations regarding finances. If you hired someone, make your expectations clear and be ready to pay for them. If you are doing it yourself, calculate the effect it has on your day job.

Not yet, though. There is the Alpha stage, where you test the game again with just the working skeleton of the game. After that, there’s Beta, a functioning, though still somewhat crude version of the game. Finally, after all the bugs have been taken care of, you have your game.

That is the gist of it, though the process is a lot more complicated than explained here. There are breached deadlines, scrapping the project and starting anew, financial trouble, as well as marketing and audio to think of.

There are shortcuts, though. If you buy the licenses, you could ship your game using premade characters, stages and music. Credit people where due, but the game will be yours.